The Foreign Correspondents Club of Malaysia views with concern the police's raid on Al Jazeera's office in Kuala Lumpur over an episode of its 101 East series on Tuesday.

According to the police, computers were seized and will be sent to the Malaysians Communication and Multimedia Commission for further analysis.

The FCCM is of the view that such excessive actions reflect further erosion of media freedom seen in the country in recent months and suggests a worrying trend of employing intimidation tactics to silence news reports unfavourable to the government.

The club is of the stance that authorities should engage with media organisations over news reports they find critical or are a misrepresentation of the facts.

According to Al Jazeera, it sought comment from the Malaysian government multiple times before airing its episode on the authorities' treatment of undocumented migrant workers.

However, the government only responded after the episode was published, first in a press conference accessible only by "official media" and then through the law.

The FCCM wishes to reiterate that journalism is not a crime and media personnel should not face criminal investigations or charges for performing their duty.

The FCCM urges the Malaysian government to uphold its commitment to protect and facilitate press freedom, and stands in solidarity with colleagues from Al Jazeera.

It was nearly five years ago to the day when the FCCM along with other media organisations marched for press freedom after a clampdown during the 1MDB saga and yet little progress has been made since.

We would like to remind all stakeholders how that particular scandal has played out since, and the crucial role the media played in uncovering it.

As per our previous statement, the FCCM is still keen and eager to engage authorities in meaningful dialogue to find the best way forward in creating a landscape conducive for the press, the government and the public to produce and consume news reporting. 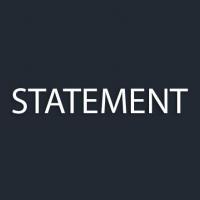